The second layer is the CBDC deposit and withdrawal from commercial banks to individual or enterprise users. 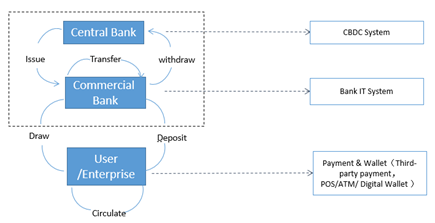